All rates listed are per person based upon occupancy.

Plan now to join us in the fun on this spectacular tour! 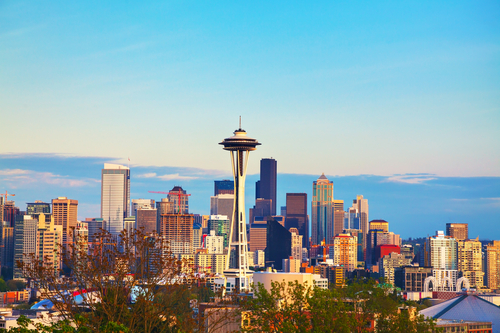 Tuesday, August 18th – The fun begins with your late morning non-stop flight from Salt Lake City to Seattle.  (flights can be arranged from other cities as well).  There are not many other cities in America with spotless views of mountains and waterways from the heart of downtown, but Seattle delivers on both natural wonders and world-class attractions all in one spot.  In this walkable cityscape, stroll among skyscrapers to mega shopping centers, historic theaters, iconic Pike’s Place Market and more.  An enjoyable orientation tour through Seattle will be offered on the way to our hotel, which is centrally located in the heart of the tourist section of the city near the Seattle Center.  Your tour package includes an admission to the nearby Space Needle, which you can use at your own leisure.  The Space Needle is Seattle’s most iconic structure and boasts fabulous 360-degree views that include Mt. Rainier, Puget Sound, the Olympic and Cascade Mountains, the beautiful city of Seattle and beyond.

Wednesday, August 19th – Today we have a half day sightseeing tour of Seattle, dubbed the “Emerald City” for its lush green surroundings.  We’ll explore Seattle’s colorful waterfront area and historic Pioneer Square with a local guide.   You’ll learn about Seattle’s amazing history and ever-changing culture.  After the sightseeing tour you will have time to explore on your own.  You could visit the famous Chihuly Garden and Glass, which is near the hotel, as well as the 2-minute monorail ride to downtown, where you can visit the famous Pike’s Place Market (check out the flying fish) or the Seattle Aquarium.  There is so much to see and do, and your hotel is right in the middle of the action.  Enjoy!  (breakfast included).

Thursday, August 20th – This morning we will leave Seattle and head north, making a stop in Everett for a visit to the Future of Flight Aviation Center.  Here we will enjoy the Boeing Tour – a one-of-a-kind opportunity to view 747, 777 and 787 Dreamliners being assembled on the production line before they take to the sky.  The tour is approximately 90 minutes long and includes fascinating facts about Boeing and the planes that bear its name.  By volume, this is the largest building in the world, and you will find the tour fascinating and informative.   After our tour we will continue Northward and cross the border into beautiful British Columbia, Canada, and make our way to the lovely Sheraton Vancouver Hotel.  A group dinner is planned for the evening.  (breakfast and dinner included)

Friday, August 21st- This morning our Vancouver sightseeing tour will include Canada Place and the waterfront, historic Gastown (Vancouver’s oldest neighborhood) with its 19th Century buildings, the world-famous steam-powered clock, cobblestone streets and hidden passageways, along with picturesque Granville Island with its fabulous markets, arts and crafts shops and many cafes and restaurants.    We will spend time in Stanley Park, which is a designated National Historic site of Canada.  Stanley Park is a magnificent green oasis in the midst of the heavily built urban landscape of Vancouver.  We’ll explore together the natural West Coast rainforest and enjoy scenic views of water, mountains, sky and majestic trees along Stanley Park’s famous Seawall.    We will also meander through evergreen forests filled with a rich diversity of lush plant life, such as century old western red cedars, moss dripped bigleaf maples, and the towering Douglas firs.   Have your cameras ready for the nine totem poles at Brockton Point, BC’s most visited tourist attraction.   This afternoon you have two options to choose from.  First option is to head with your guide to the Capilano Suspension Bridge Park.  Here you can cross the 400′ high suspension bridge, or take the Cliffwalk or the Treetops adventure.  This is one of Vancouver’s most unique attractions.   Your second option is to be transferred to the Vancouver Aquarium where your admission is taken care of and you can enjoy the many shows and exhibits offered at this incredible fun and educational Aquatic Park.   This evening we will dine together in Vancouver.  (breakfast and dinner included)

Saturday, August 22nd – Our adventure today will take us to the resort village of Whistler.  We will start by crossing the Lions Gate Bridge to Vancouver’s North Shore and follow the Sea-to-Sky Highway along the beautiful Howe Sound, then pass through the coastal community of Britannia Beach.  We will stop at Shannon Falls, which is composed of a series of cliffs rising 1100 feet above the Highway, making it British Columbia’s third highest waterfall.  Along the route we’ll see Stawamanus Chief, the second largest standing piece of granite in the world and a popular rock-climbing area.  You’ll have free time to enjoy the charm of the alpine, pedestrianized Whistler Village before we return to Vancouver later in the day.    While in Whistler we will visit the Squamish Lil’wat Cultural Center.  The Center was built to preserve the culture of the local First Nation, the Squamish, and share it with others.  (breakfast included)

Sunday, August 23rd – This morning we will leave Vancouver and travel to nearby Horseshoe Bay where we will board a BC Ferry for a relaxing crossing through Georgia Strait to Nanaimo on Vancouver Island.  We will travel a few miles North of Nanaimo and visit Cathedral Grove, located in MacMillan Provincial Park – home to one of the most accessible stands of giant Douglas fir trees on Vancouver Island.  Here, visitors stroll through a network of trails under the shadow of towering ancient Douglas fir trees, majestic pillars untouched by the modern world – some more than 800 years old.  We will continue our adventure in Duncan, the “City of Totems,” most famous for its 40 world-renowned totem poles.   The charming, artistic town of Chemainus is known for its more than 40 murals which can be found throughout the town.  These historic depictions have turned Chemainus from a mill town into the Island’s largest outdoor gallery, making it one of the most popular Canadian destinations for artists and creative minds alike.  We will continue onto enchanting Victoria where our hotel is just steps away from the inner harbor, as well as the stately Parliament Buildings.  (breakfast included)

Monday, August 24th – After breakfast we will enjoy a sightseeing tour of Victoria, known as the “City of Gardens.”  The Greater Victoria area, nestled in beautiful, rugged west coast terrain, is home to dozens of gardens and parks and is a photographer’s dream destination.   The tour will introduce you to the famous landmarks of the city and you’ll learn the fascinating history behind them.    One of the highlights of the tour will be our visit to the world-famous Butchart Gardens.  A Canadian National Historic Site, the gardens are also referred to as the crowning jewel of British Columbia.  In the early 20th century, Jennie Butchart, the chemist at her husband’s cement company, turned their used-up limestone quarry into a Sunken Garden – and later added several other gardens.  Be sure to check out the Italian Gardens and the Japanese Gardens.  Back in Victoria you’ll have the evening free to enjoy the romantic waterfront harbor and the strolling musicians.  (breakfast included)

Tuesday, August 25th –  We will transfer from the hotel to Victoria port and board the MV Coho for a 90 minute crossing to Port Angeles in the State of Washington.  The ship has floor-to-ceiling windows, easily accessible outside decks, and the covered solarium which provides passengers stunning, close-up views of the Olympic Peninsula and the wildlife that live in and around the Strait of Juan de Fuca.   We will then be treated to a scenic drive around the Olympic Peninsula on our way to the Seattle International airport for our late afternoon flight home.   (breakfast included) 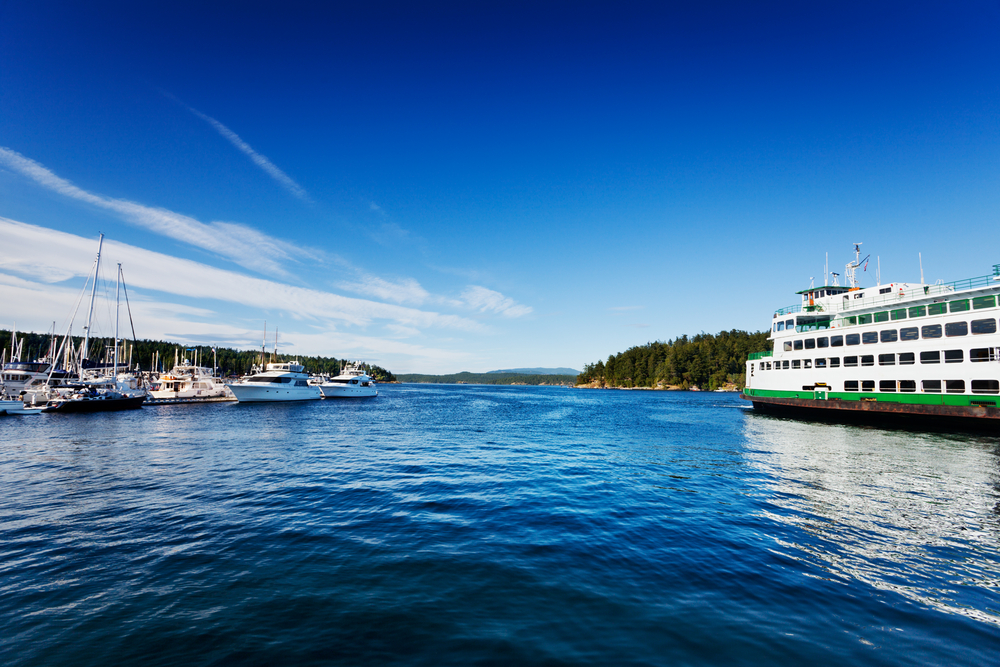 Be sure to enroll soon for the spectacular tour.